Kazakhstan wasn’t on many of our choristers’ travel lists prior to a special invitation from the International Choir Festival: Astana, Voice of the World, a few months ago.

So, a small group of choristers, with conductor Paul Holley, embarked on the journey at noon on Wednesday for an epic flight plan from Brisbane to Astana. 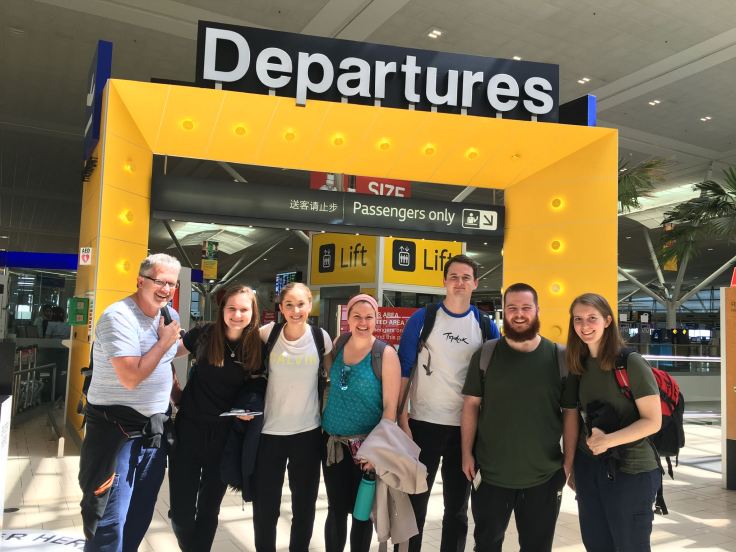 It took around 36 hours, with stops in China and Russia, and then finally arriving in Kazakhstan for a transfer from Almaty to Astana. Choristers kept spirits high along the way with plenty of Eye-Spy, Uno, finding the best way to nap while seated upright, or having estimates of how long it would take a piece of paper to go down an escalator – boredom can create creativity… almost.

But before we knew it, we were in Astana, a bit tired, but excited to sleep horizontally in a beautiful hotel, but not before travelling through the sparkling city to get there.

Waking up in Astana, a little confused as to where we were, we adjusted and decided to spend a free day exploring. The festival provided us a volunteer translater, Zhansaya, from a local uni, who took on an almost tourguide role. Zhansaya asked if we wanted to take a taxi to the city – hopefully she didn’t mind that we opted to walk. It wasn’t long before we’d passed the 7km mark…

As we wandered, we began to realise the city of Astana has been influenced by various iconic buildings / structures from throughout the world. There’s a Charles de Gaulle Street, with Parisian architecture, and even an Eiffel Tower (not to scale of course), a Palace of Peace and Reconciliation, which looks a bit like one of the pyramids at the Louvre Museum, Paris, and even a building that resembles the Empire State Building in New York.

The tour included visiting a building that looked like a museum, but surprisingly, it was a modern mall. The top level had a dinosaur park, train, rides and arcades, quite reminicent of “Tops” which use to be in the Myer Centre in Brisbane. 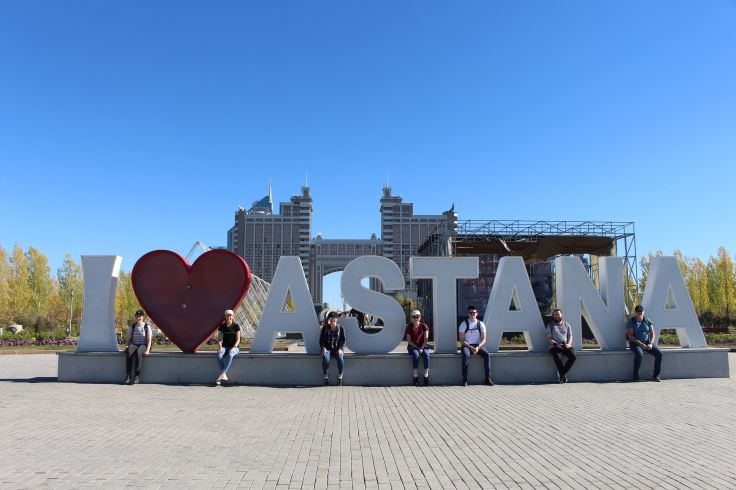 After excusing our tour guide / translater, we walked back to our hotel (about 21,000 steps completed for the day!), before getting ready to go to the evening’s opening gala concert at the stunning Astana Opera.

The night’s concert featured a Chamber Choir from Kazakhstan and visiting soloist Amikaeyla Gaston and her group, “Harmonic Rhythms” from America. Both groups were incredibly polished and amazing to listen to.

Arriving back to the hotel, we were greeted by the final contingents of our choir, Sam and Andy who’d taken a later flight from Brisbane. It was good to have ‘the band back together again’, as we all got ready for day two.

On Saturday, three of the guys, Sam, Oli and Rohan left in the morning to partake in a special rehearsal where they’ll be a part of a group performing for the Kazakhstan President next week… no biggie. Some of the group explored the markets and bought around a kilogram of rasberries for reportedly the equivalent of AU$4.

Our group joined up after lunch to run through our repertoire, before walking to the biggest mosque in Central Asia, Hazrat Sultan Mosque. And yes, it was massive, but so beautiful and peacefully quiet.

We then went for some more exploring, before enjoying a group dinner and getting ready for the next day of tour.