On Day 3 our choristers hit the road from Paris. It was a day of exploration and discovery, before meeting the beautiful people of Bailleul.

The first destination was the Armistice Museum in Compiègne, where the Armistice which ended World War One was signed on 11 November, 1918, in a railway car paused on its tracks in the nearby forest.

The railway car was again used for another Armistice signing in 1940, before it was taken by Hitler and displayed in the Lustgarten in Berlin as a symbol of revenge and victory.

Chorister Heather Hunt described the significance of the site:

“Although the second armistice failed to bring peace, it was still a critical moment in the war so it was fascinating to be in this now serene countryside and imagine the days of negotiation which occurred in a small railway car.

“Although the original car was destroyed in an accidental fire, they displayed an almost identical railway car from the same era which had been revamped to replicate the original 1918 carriage.” 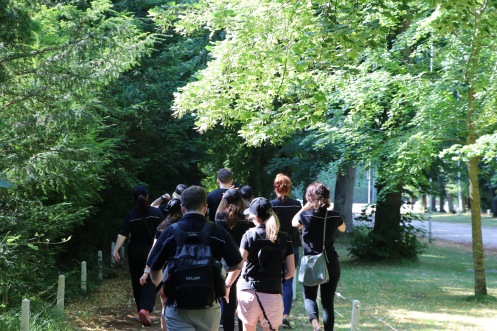 In the Compiègne forest (pic by Mark) 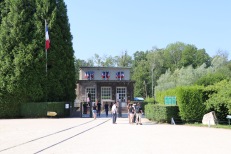 Walking towards the Compiègne Wagon replica (pic by Mark) 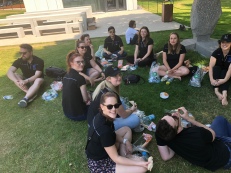 Relaxing between touring (pic by Julie) 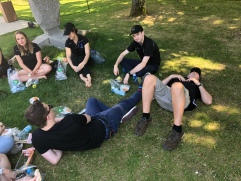 Relaxing for lunch between tours (pic by Julie) 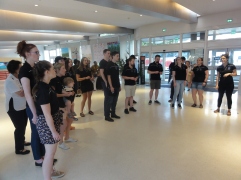 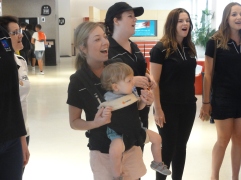 The next stop, was the Canadian National Vimy Memorial nearby. This site is of significance particularly due to 12 April 1917 when the Canadian forces strategically captured higher ground after days of intense battle and years of preparation by combined allied forces. 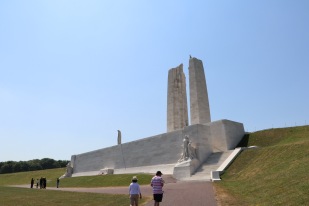 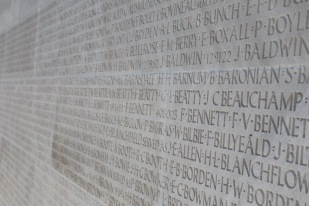 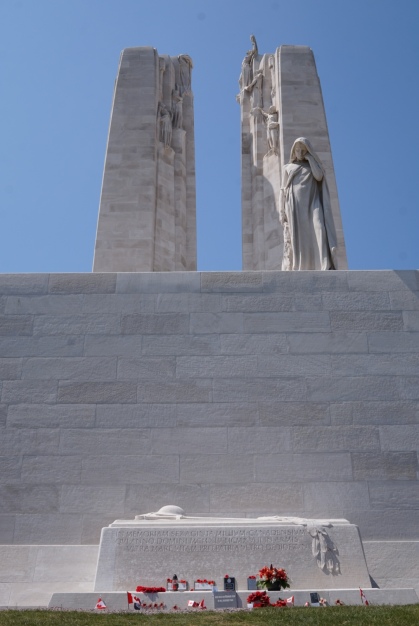 “It seems as though Vimy Ridge holds a similar significance to Canadians as Gallipoli does for Australians, as a milestone for a fledgling nation. The thousands of Canadians who died are memorialised at a hauntingly beautiful limestone creation by sculptor Walter Allward which rises above the already elevated Vimy Ridge,” Heather said.

“The grief from the sacrifice made here is displayed in shrouded mourning figures, while other dying figures are embedded in the stone atop the two towers, approaching the sky. The nearby Vimy Ridge Visitor’s Centre provided more information about the battle as well as the wider significance. This included a moving art exhibition combining pressed flowers sent home by a soldier, glass artworks, matched scents and personal stories of soldiers, doctors, and women who contributed to the war effort by connecting soldiers to their families.” 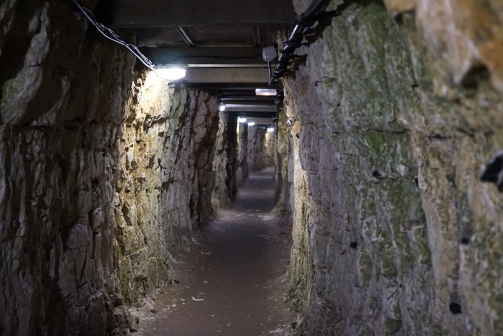 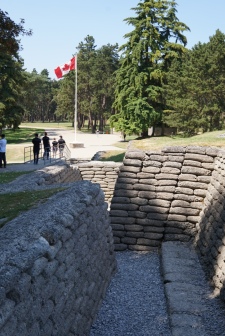 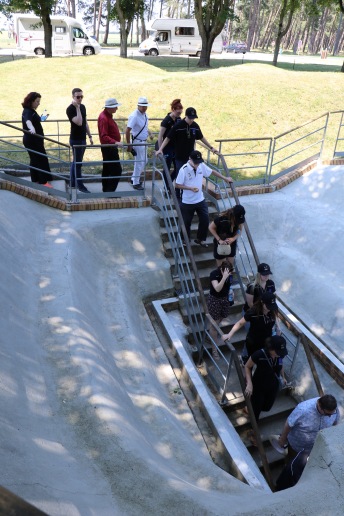 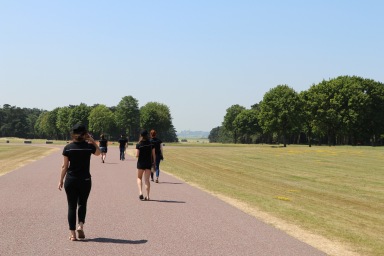 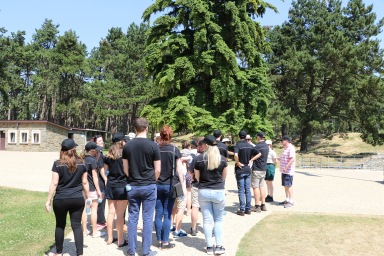 On tour at the Armistice Museum at Compiègne (pic by Mark)

The choristers then explored the tunnels and trenches of Vimy Ridge, where soldiers spent endless hours, sometimes in rat-infested mud. It was interesting to realise that no-man’s land (the distance between the two opposing front lines, in this case, between Canadian and German trenches) was only 25 metres apart, due to a destroyed mine which formed craters.

With touring done for the day, the choir arrived to Bailleul, with the sombre day in sharp  contrast to the warm welcome received from the community.

Deputy Mayor Sébastien Malesys and his wife, Sophie, opened a colourful boarding house to the choir before they all headed to the Hôtel de Ville for an official reception. 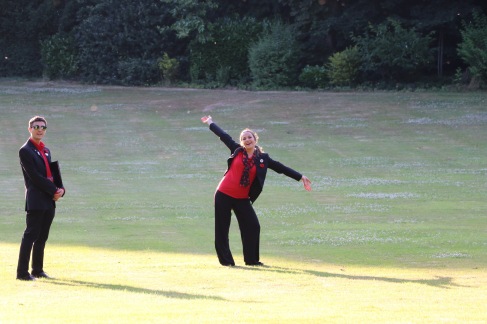 Ryan and Heather (pic by Mark) 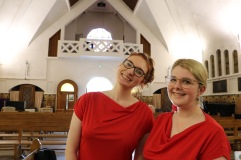 Jacquille and Em (pic by Mark) 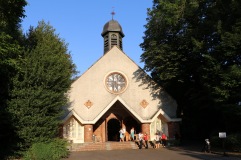 Outside the Bailleul Church (pic by Mark) 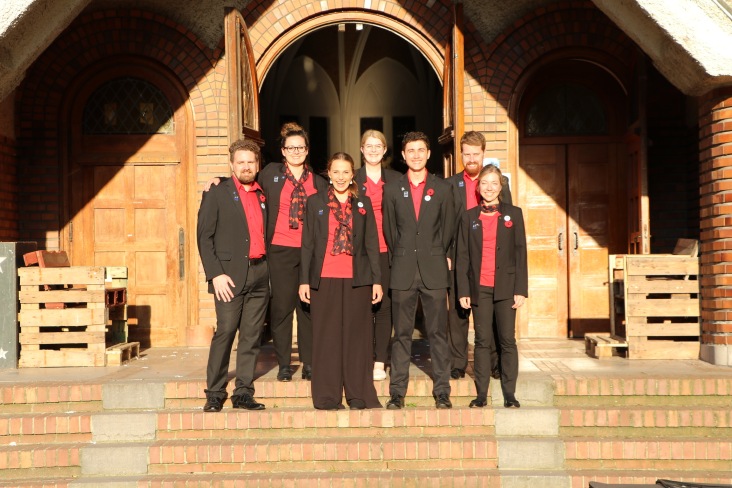 Outside the Bailleul church (pic by Mark)

“This gorgeous building dripping in flowers was a lovely place to meet more of the people who made our stay here possible. We couldn’t stay long however, as our concert was in the evening at a beautiful chapel, Église Saint Vaast located near the hospital, a short way out of town,” Heather noted.

The choir was excited to sing almost all of their repertoire at the concert, to a fantastically enthusiastic audience.

“It was an absolute joy to sing for them. My favourite piece in this particular concert was La Vie en Rose as everyone seemed overjoyed to hear us sing it despite our imperfect French and many even sung along,” Heather said.

“It was a beautiful moment and I’m very grateful to everyone who listened to us, thanked us afterwards and were so generous with their kind words and smiles. I can’t imagine having a better audience at the start of a tour when we were admittedly quite nervous.”

After two encores, the group moved to Ferme Brasserie Beck for dinner, a charming farm restaurant which brews the phenomenal Hommelpap artisanal beer.

The generosity and warmth of the Bailleul community continued as the choristers enjoyed a meal with local leaders.

It was such a wonderful experience for our choristers and a special thank you to the Bailleul community for welcoming them so well – especially to Sébastien, Sophie and Olivia.

Today (Sunday), our choristers will meet and perform for the community of Halloy-lès-Pernois, while having their first overseas rehearsal with the Australian Army Band in preparation for Wednesday’s service for the Centenary of the Battle of Hamel.

If you’d like to receive blog posts to your inbox, simply hover your cursor over the bottom right hand corner of the blog. Click ‘follow’ and then enter your email address.

You are also invited to join the Friends of Birralee’s Anzac Centenary Tours page on Facebook.

One thought on “Day 3: Arriving to Bailleul”