We’re really getting into the swing of this travelling-thing now, spending the day with more sight-seeing, while helping the French economy along with purchases.

This is a great video from one of our photographers in residence, Tony, taken in the days prior to the choir meeting up! How many bakery goods is too many bakery goods? (Silly question – no such thing as too many!) This will give you an idea of the ground being covered by our enthusiastic choristers and accompanying people (APs).

Day two included our choristers and APs maximising the various ways of travelling around this fine city.

One group, led by Matthew Farrell and Claire Preston, checked out the canal-rides, and of course, the local cuisine, and beverages. 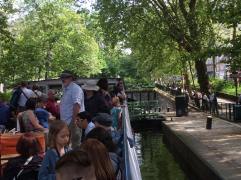 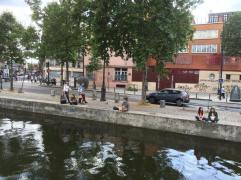 Another group, including Amirah and Belinda, located some lovely poppies in a public garden near our hotel and had a walk in the shade around the Canal Saint–Martin. The stroll took them them past the square of Place de la République. 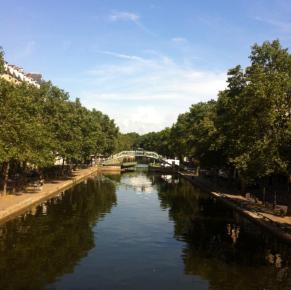 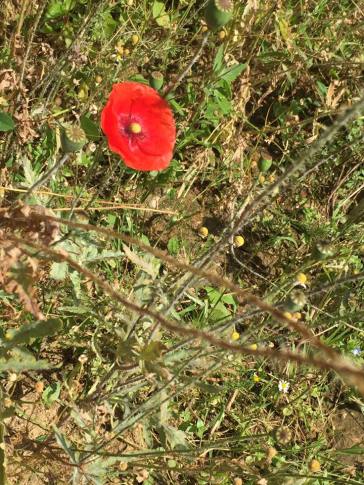 The plan was to meet at L’église de la Madeleine church in the afternoon, and Clare and Pip decided to arrive in style, taking a tuk tuk. 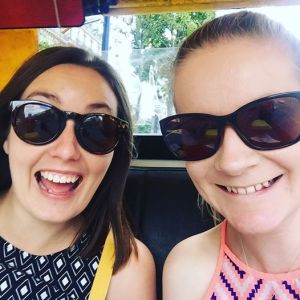 The afternoon was wonderful, supporting Newcastle’s the Hunter Singers, conducted by Kim Sutherland OAM with artist in residence, Paul Jarman, one of Birralee’s favourite composers.

It was so lovely catching up with Aussies on the other side of the world!

It was a wonderful concert – very impressive! The Hunter Singers sang Paul’s ‘Shackleton’, a piece Brisbane Birralee Voices has sung on tour in the past. It was a stunning tribute to honour the lives lost in the Nice tragedy.

A candle was lit on behalf of Birralee for Nice, at the Saint of Joan of Arc statue in the church. We thought she symbolised the bravery, beauty and strength of the French people.

Our choristers took the time to explore the church, admiring the neo-classical architecture. It was completed in 1828 and is absolutely stunning with its grand pillars at the entrance. Inside, the sensational resonance is perfect for choral music.

After the concert and meet and greets with the Hunter Singers’ choristers, we all went our separate ways for more shopping and dinner, before an early night to get ready for the days ahead.

We are very much looking looking forward to starting the ‘work’ part of the tour, beginning with a road trip north from Paris to Lille with a stop at Musee de l’Armistice in Compiegne, a museum aiming to immortalise the memory of Armistice in 1918.

After indulging in history, the choristers will have their first rehearsal with the Australian Army Band in the afternoon.

Time to get down to business!

(Keep up to date with our Western Front Anzac Day & Centenary Choir Project via the Facebook group – Friends of Birralee’s Anzac Centenary Tours.)